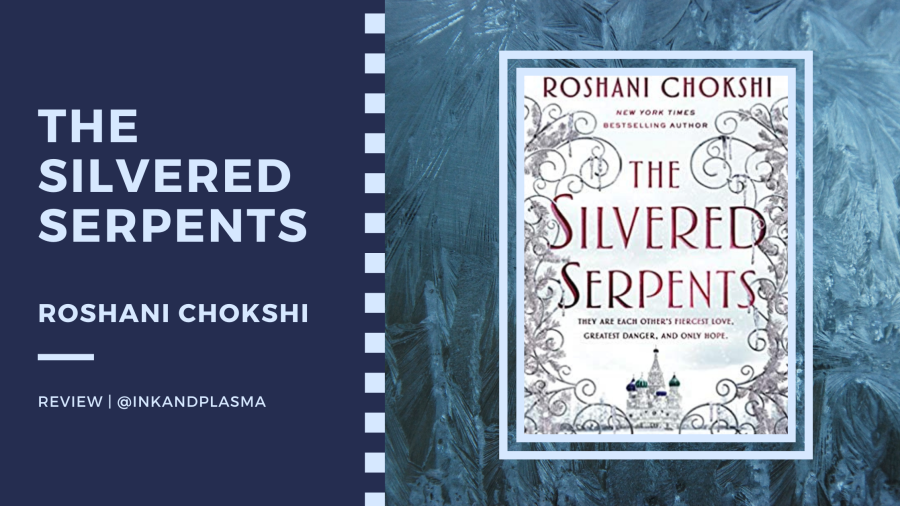 If surviving meant cutting out her heart, then at least she could do it by her own hand.

Releasing 22nd September 2020, The Silvered Serpents is the much anticipated sequel to the Parisian fantasy heist novel, The Gilded Wolves. Beware spoilers for the first novel, though this review is spoiler-free for The Silvered Serpents. Make sure to pick up this sequel that is, against all odds, better than the book it’s following up on.

Thanks to Wednesday Books for an eARC of this excellent sequel, it has not affected my honest review.

Séverin and his team members might have successfully thwarted the Fallen House, but victory came at a terrible cost — one that still haunts all of them. Desperate to make amends, Séverin pursues a dangerous lead to find a long lost artifact rumored to grant its possessor the power of God.

Their hunt lures them far from Paris, and into the icy heart of Russia where crystalline ice animals stalk forgotten mansions, broken goddesses carry deadly secrets, and a string of unsolved murders makes the crew question whether an ancient myth is a myth after all.

As hidden secrets come to the light and the ghosts of the past catch up to them, the crew will discover new dimensions of themselves. But what they find out may lead them down paths they never imagined.

The classic heist sections were still very much present in this book, and so were the puzzles and logic aspects that I absolutely loved from the first book. It was one of my favourite things about the ensemble, that they all very clearly had different strengths but also that we got to see them work together, and there’s more of that here. Enrique and Zofia are the best duo and I want to watch them team up together forever. The characters go through absolute hell in this book. All of them are handling the grief of Tristan’s death and subsequent discoveries about what led him to that point, and it’s pulling the team apart. I spent this whole book so conflicted about all of them. There were moments where all the characters were truly toxic to each other, and I wanted to separate them as much as I wanted to smack their heads together and make them play nice. Hypnos remains my absolute favourite, a hilarious hero, and I’m glad that he got to be more involved in the team. It’s hard to go into the character dynamics as much as I’d like to, as I don’t want to spoil significant moments in the book, but it’s safe to say that if you love complex character relationships and trauma-fractured-families, you’re going to love this as much as I did.

The setting was pretty interesting. I think I still prefer the cool-as-hell Forged Paris over the depths of snowy Russia, but the ‘forgotten palace’ mentioned in the summary is an unbelievably cool setting and I hope it spawns a lot of fan art (I want people to draw David, okay?). The Forged ice creatures were unbelievably cool and there were plenty of moments that delved into the idea of Forging a little more than the first book. The pacing in this book was even better than the first one, and it was so unbelievably easy to read. I read this over a few hours because every time I picked it up I couldn’t put it down without having read at least 20% of my eARC.

Overall this was an incredible read, and I highly, highly recommend it. I kind of regret reading an eARC, because now I have to wait forever for the next book to arrive.

One thought on “REVIEW | The Silvered Serpents | Roshani Chokshi”